The project was one of the first Early Contract Involvement (ECI) contracts in South Australia and was rolled out in two stages. In the first stage, MDBE worked in collaboration with design and technology partners and DefenceSA to develop the final design and risk adjusted price. For the second stage, the project reverted to a lump sum Managing Contractor contract, which was executed to the principles of relationship contracting. MDBE was also engaged to supervise the installation and commissioning of a key component of the facility.

Works were conducted within a complex marine environment and dolphin sanctuary with special measures in place to avoid harm to marine habitat and native river vegetation.

Wharf - The wharf is a 213m long and 25m wide fully serviced docking area for the fitting-out or in-water servicing of major vessels. The MDBE team dredged the berthing box (so that there is enough water depth for docking ships) and constructed the wharf in a complex and layered process that resulted in a structure that can support cranes and other heavy vehicles weighing several hundred tonnes.

Runway, dry berth and transfer system - Entirely constructed by MDBE, the runway and dry berth area includes an integrated rail-based transfer system which allows ships (or sections of ships) to be moved across work areas on the site and between these work areas and the shiplift. Major services are also integrated within the runway and dry berth for manufacturing or servicing of ships, with this extra heavy duty paved area able to support vehicles weighing up to 900 t.

Shiplift - MDBE performed the civil works and supervised the installation Australia’s largest shiplift capable of supporting a vessel up to 9,300t. The shiplift pocket is 156m long and 34m wide and lifts the ships 18m into and out of the water with potential for future expansion to 210m long and 22,000t lifting capacity The technical centrepiece of the project, the shiplift pocket required extensive dredging, piledriving and concreting prior to installation of the mechanical and other services.

Over 450,000 m3 of material was dredged from the approaches, berth pocket and shiplift pocket under the terms of a very strict Environmental Protection Authority (EPA) licence that required very close monitoring and containment of turbidity. The dredged spoil was separated into three distinct clay types and transported to a storage and settlement area. 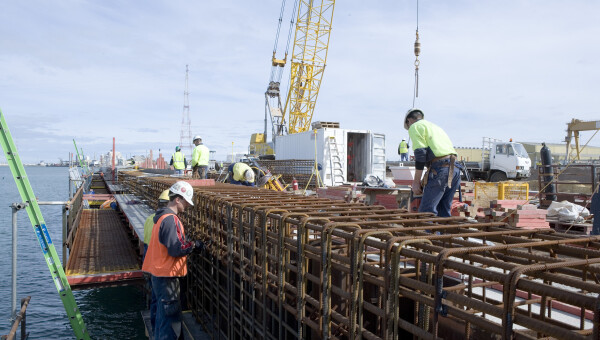 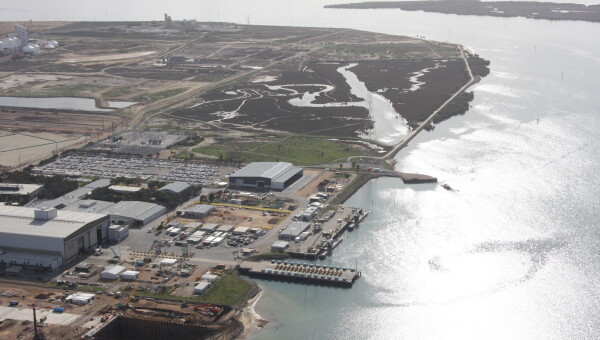 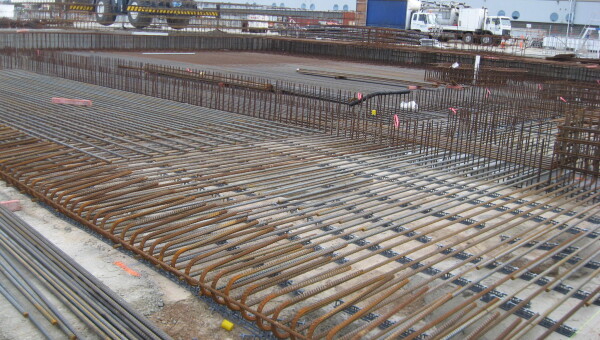 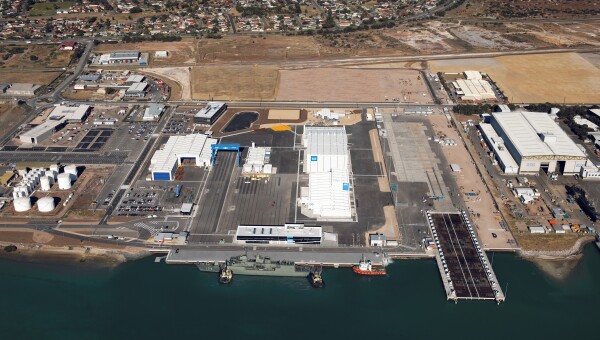 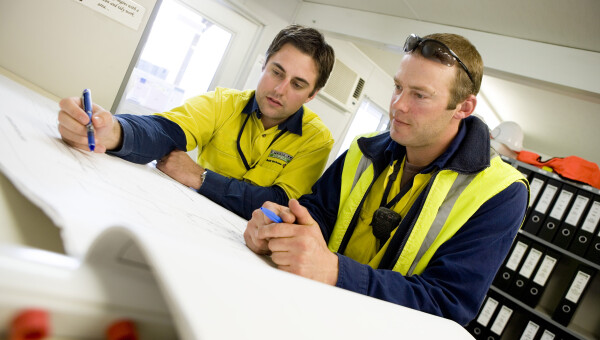 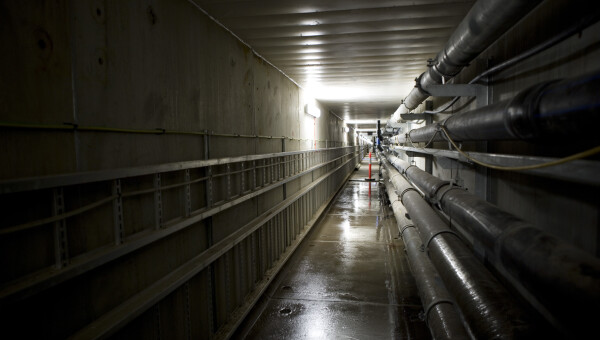 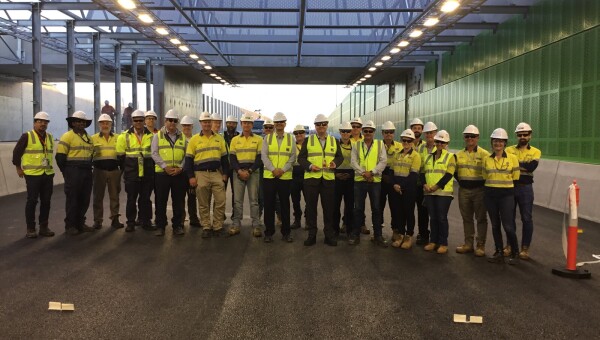