In Gisborne, on the East Coast of New Zealand’s North Island McConnell Dowell is upgrading a wastewater plant to double its existing capacity to treat domestic effluent.

The budget for the project was tight and so the team had a value engineering challenge to meet before construction could start. Working with the Gisborne District Council the team rescoped and redesigned the method reducing the cost by 30 per cent and future-proofing the plant so for further upgrades.

The project has been carried out in two stages. First, the ground conditions needed to be stabilised and made suitable for construction and initial civil work completed in Stage One. In Stage Two currently underway the additional infrastructure to increase the processing capacity of the plant is being constructed and installed.

A cost-effective solution to stabilise the site

Stage One of the projects involved stabilising the ground conditions to ensure construction could safely start.

Gisborne is near the Hikurangi trench, a seismically active area, and the sandy soil and low water table posed a high risk of liquefaction and needed to be strengthened to meet earthquake standards before construction could begin.

McConnell Dowell utilised a Cutter Soil Mixing (CSM) method to stabilise the ground conditions. This option was more cost-effective than the lattice concrete foundation the design initially called for. The project team used cement to strengthen the sandy soil and a Cutter Soil Mixing Machine to combine the different materials. The result was the construction of a ‘mixed mass earth raft’ about 5 metres deep that stabilised the ground, achieved the compaction rates required and created a solid foundation for the new structures.

Where the earth had been stabilised dewatering wasn’t required around excavation as the 5m deep mixed mass’ raft of soil acted like a seal preventing water from getting to the surface.

However, with the water level only about a metre below the ground, a robust dewatering system was required to manage excavation works outside the stabilised area.  To construct the new pump station a cofferdam of 12m deep steel piles needed to be built. The dewatering system was installed about six metres below ground level and needed to pump at a rate of about 4 litres per second.

Some good community networking meant the team found an alternate productive use for the extra sandy spoil from the site. The Council was looking for extra fill for a new pool project Kiwa Pools in the area, and the material from the site was suitable so the team transported it to the pool project site. The solution was a win-win-win for all involved, it saved the Council the cost of buying and transporting extra fill, it diverted the spoil from a landfill and saved the project team the cost of disposal.

Hiring from the local workforce is a key consideration for McConnell Dowell in Gisborne and in all the communities we work in throughout New Zealand. Wherever possible the project teams recruit engineers and staff from nearby which reduces the carbon footprint of the project and provides employment opportunities. The timely completion of a large construction project nearby meant there was a new pool of experienced workers looking for new jobs. The Project Manager and Supervisor lost no time enticing recruits across to the plant upgrade and the team now has 10 locals working onsite.

The upgraded wastewater treatment facility will result in a significant improvement in the quality of the water being discharged into the bay. It is a key component of the Gisborne District Council’s plans to build a wastewater wetland to receive and naturally treat all wastewater.

The wastewater plant upgrade which will double the existing plant’s capacity to treat domestic effluent is due for completion in late 2022. 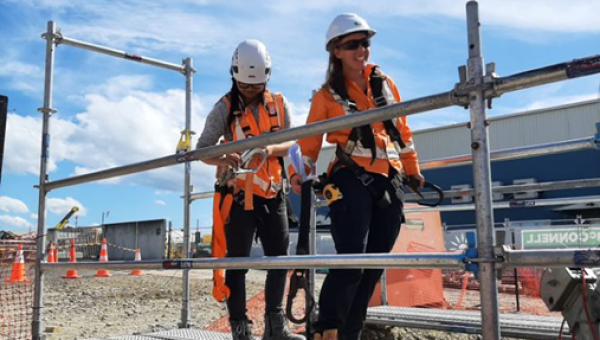 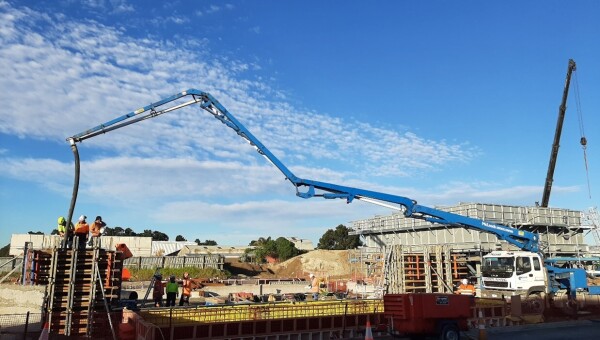 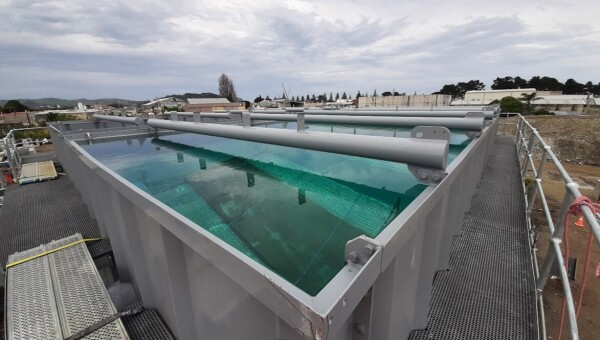 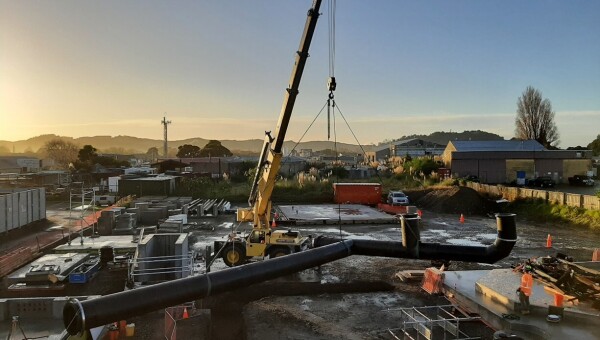