The Christchurch Southern Motorway Stage 2 (CSM2) project addresses growing congestion in Christchurch’s south and southwest suburbs by delivering a four-lane, median separated motorway from near Rolleston to Robinsons Road. CSM2 follows the first stage of the new motorway, CSM1, which was completed in December 2012.

The upgraded road network now provides better access between the south of Christchurch and the city centre and Lyttelton Port by improving the alignment, capacity and safety of the Christchurch Southern Corridor. The new motorway halves travel time between Rolleston and Christchurch at peak-times (from around 30 minutes down to 15) and will reduce the number of fatal and serious crashes by up to 40%.

The project team engaged directly with 142 residents and property owners as well as a broad range of stakeholders, including CTOC (Christchurch Transport Operations Centre), the NZ Transport Agency and Selwyn District Council. Undertaken within and adjacent to live-road corridors, the project required several high-volume traffic switches, on occasion requiring the daily managed movement of around 25,000 vehicles.

With over 80% of the project site exposed to live traffic, vigilant planning was essential to keep motorists moving and protect the safety of our team and the public.

While it would have been easier and simpler for the JV to close incoming local roads as the various bridges were constructed, Waka Kotahi placed significant value on maintaining network connectivity and opted to purchase land beyond the designation to accommodate temporary access roads. Construction of these roads included the need for walking and cycling routes and installation of additional lighting and associated infrastructure. The JV used a range of channels to communicate regularly with stakeholders and road users including letter drops, face-to-face communication, community meetings, and leveraging the Waka Kotahi’s social media platforms.

We created staging plans to manage traffic changes in collaboration with key stakeholders, with the aim of creating the best outcomes for the entire network.

A collaborative approach to construction planning enabled the JV to minimise disruption to the local community.

Construction started in 2016, with a staged opening of new areas to traffic from June 2020 and all remaining works completed early 2021. 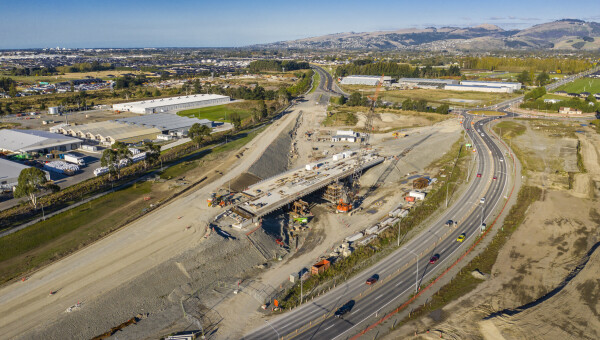 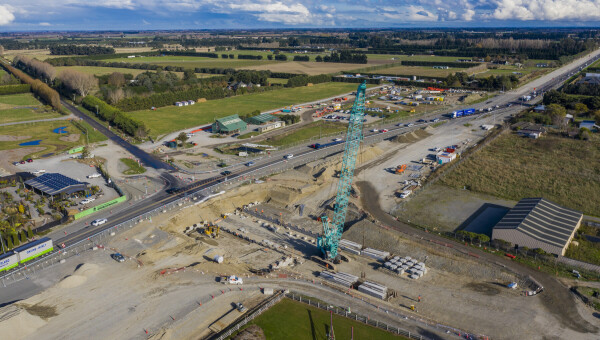 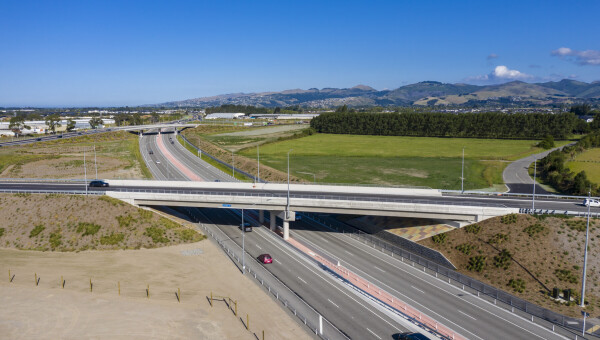 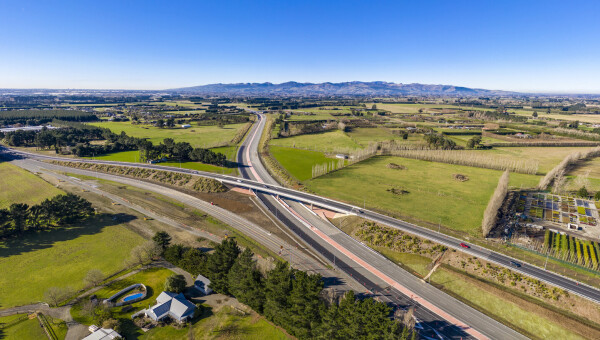 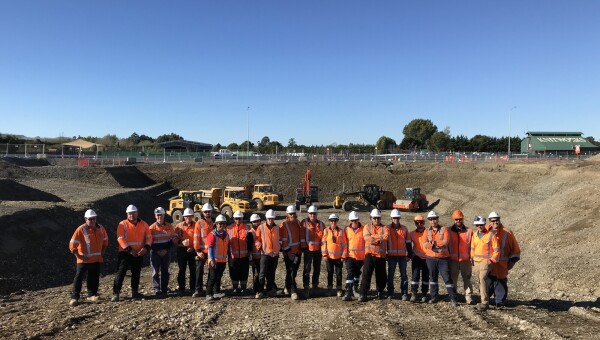 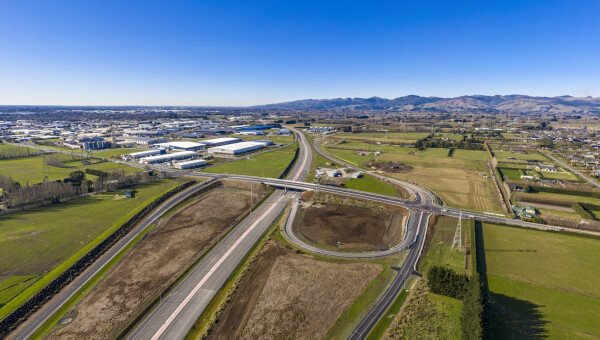 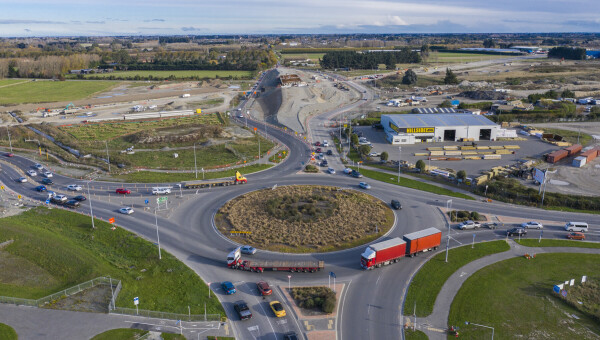