Te Apiti wind farm is currently the largest wind farm in New Zealand and in the southern hemisphere. The wind farm consists of 55 turbines each capable of generating 1.65 MW and in total up to 90 MW. These are first “class 1” wind turbine to be used in New Zealand.

We were engaged by Meridian Energy Ltd to provide electrical services for the project, which included ‘balance of plant’ procurement, installation testing and commissioning of 4.5km of 110kV transmission line, 48km underground cabling and 110/22kV, 100 MVA substation.

The project was very challenging for many reasons. This was a fast track project that had to be competed within a very short timeframe. Te Apiti was the first wind farm in New Zealand to be connected directly to the National Grid and was one of first new power stations to be subject to the requirements of the electricity Governance Rules 2003.

The substation design includes state of art communication system and var compensation (using Statcon units). The site was difficult with steep drop-off, unstable soil, streams and numerous gullies. In February 2004 we had a 100-year flood causing interruptions for six weeks (Access to the site via Saddle Road was made non-existent, the bridge at Ashhurst was lost and the Manawatu Gorge closed).

The success of delivering this project within time and on budget was due to a proactive and positive team spirit and successful teamwork. The team shared and celebrated success and also worked closely together to meet critical project milestones. It was a major achievement in New Zealand’s generation industry that a 90 MW capacity plant could be constructed within a twelve-month period. 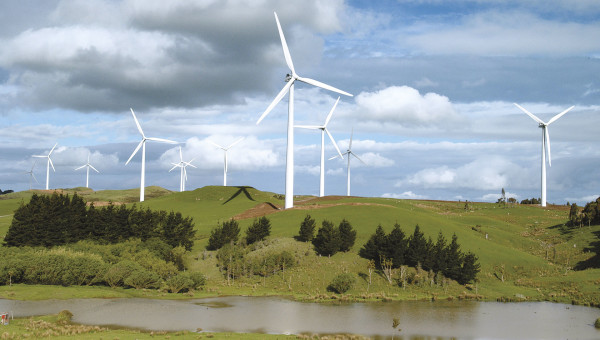