Located in the Port Hills, the Lyttelton Tunnel is a vital transport link between Christchurch with the Lyttelton Port and used by more than 11,000 vehicles each day. With the closure of Sumner Road following the 2010/2011 Canterbury earthquakes and the 2016 Kaikoura quakes, its role as a gateway for the supply or goods and services to Christchurch and the wider Canterbury region has been of even greater importance. As the only direct route for port traffic, it is economically vital for the South Island and an essential lifeline for the residents of Lyttelton and surrounding bays. It is critical for getting fuel supplies to Christchurch and beyond and for exporters to get their product to markets. On average, 600 tankers travel through the tunnel each month and up to 30 on some nights.

McConnell Dowell was instrumental in restoring and future-proofing both connections, with a contract to undertake the vital repairs to reopen Sumner Road and another to refurbish Lyttelton Tunnel. Our work at Lyttelton Tunnel included installing and commissioning a new deluge fire suppression system and dedicated 1.5 megalitre (Ml) water reservoir on land above the tunnel, upgrading an existing Lyttelton water supply pipe that runs through the tunnel, improvements to ventilation fan drives, and installation of a new Christchurch City Council (CCC) sewer pressure main to service Lyttelton Harbour. Some earthquake strengthening of portal buildings was also included as well as major upgrades to the tunnel’s communications, public address systems, and new CCTV systems. Part of the deluge system includes a new pump house that will be situated next to the tunnel fan house.

Working over and in a fully operational road tunnel is extremely challenging, particularly in a confined space environment in the fresh air and exhaust air ducts, testing the team’s resourcefulness and creativity.

Protecting the safety of the public and staff during construction and commissioning of the tunnel systems was a key project risk, as was preventing disruption to tunnel users from either full tunnel or single lane closures required for the works or during commissioning and changeover to the new operating system and control system.

One of the key client requirements for this project was the delivery of accurate programming especially around tunnel lane closures, along with developing simple and effective means of communicating closures to affected stakeholders. We committed to accommodating key stakeholders such as the Lyttelton Port Company (LPC), freight companies, and dangerous goods transporters wherever possible.

The duct ceiling panels are pre-stressed and sit on a corbel on the outside (lining side) and are suspended through the central separation (diaphragm) wall. Strict loading restrictions on the ceiling panels in the air ducts were a driver for the team's methodology for completing the work inside the tunnel. Leveraging our experience on the Waterview Connection understanding the unique conditions at Lyttelton, the team developed an innovative loading platform to reduce the level of risk, providing the most efficient solution without compromising health and safety.

The main risk was disruption to tunnel users due to system failure caused by the changeover from the old systems to the new, which could result in extensive tunnel closures due to a non-operational safety system. To mitigate this risk an offline, staged commissioning process of the new system alongside the existing operational system was proposed to ensure a seamless delivery and no unplanned tunnel closures.

The team included McConnell Dowell people from the Waterview Connection, and technical specialists Argus and Holmes, who brought experience from completing the installation and commissioning of the Waterview Tunnel fire safety systems. We have also teamed up with local subcontractors with significnat experiencne working in the Lyttelton tunnel, as well as a design consultant for the water reservoir.

Key to our success was robust and meticulous risk-based planning and stakeholder management at all stages. In collabration with the client, we delivered proactive and targeted communicationto ensure all stakeholders were notified of any closures that might impact them, while protecting and enhancing Waka Kotahi's reputation. 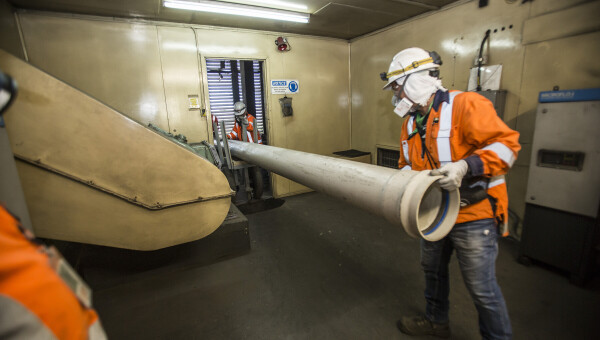 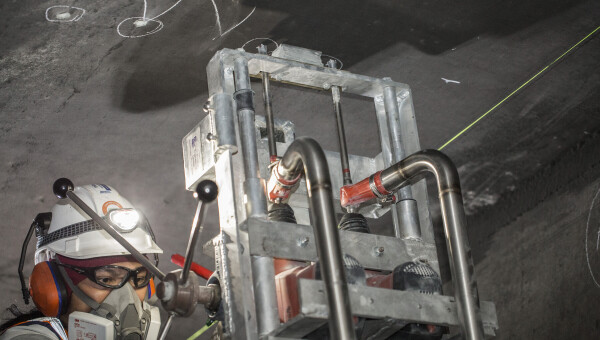 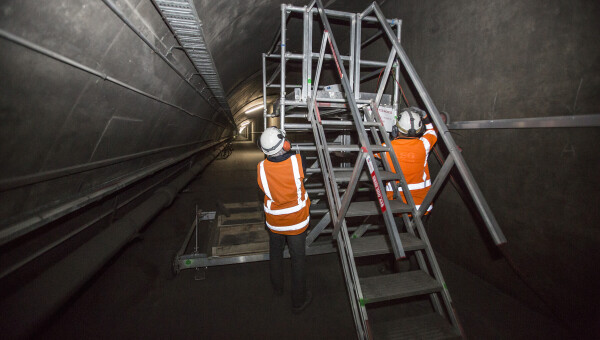 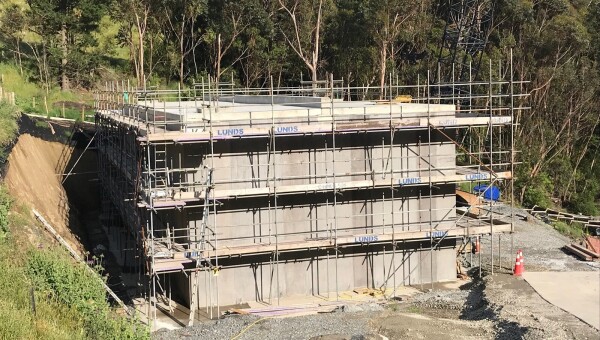