At the height of the Australian resources boom (2004-2014), McConnell Dowell became the marine partner of choice for Fortescue Metals Group (FMG), as they constructed the infrastructure to support thier new iron ore export business.

It was during this period that McConnell Dowell pioneered large-scale modular wharf construction using heavy-lift ships.

Because of acute labour shortages and the difficulty in attracting experienced personnel to projects in the north west of Australia, a decision was made by McConnell Dowell to adopt modular construction techniques maximising off-site construction. This had the benefit of enabling rapid construction of the major wharf elements, as well as reducing the reliance on large on-site teams of workers.

Putting the strategy into action involved McConnell Dowell establishing its own precast concrete facility in Perth for all the precast and pre-stressed concrete slabs, planks and berthing dolphin shells, with all products trucked to site.

The major structural units, including the wharf topside modules, were manufactured in China and shipped to Fremantle, where they were fitted out with locally supplied handrails, quick release hooks and conveyor units prior to them being uplifted onto a heavy lift ship for transport directly onto the job for quick installation. For example, on Berth 2, eight modules that comprised the entire 400 m of wharf, were landed and installed on the pre-installed piles in a period of just five days. 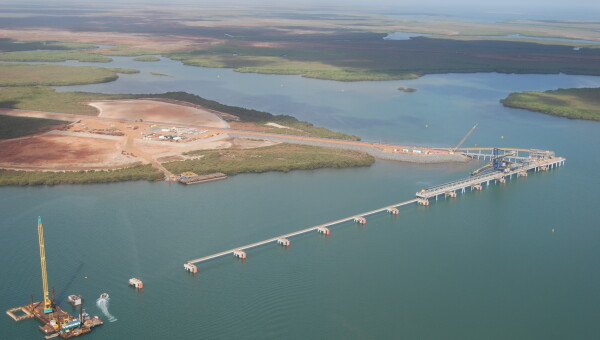 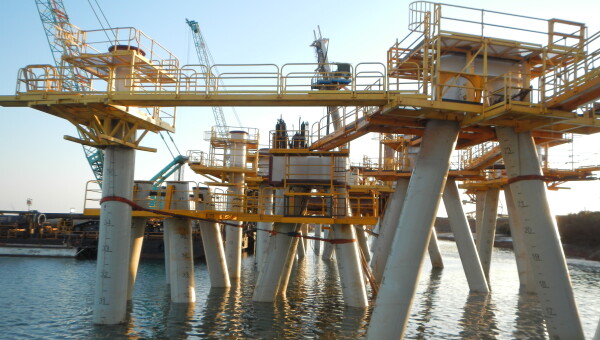 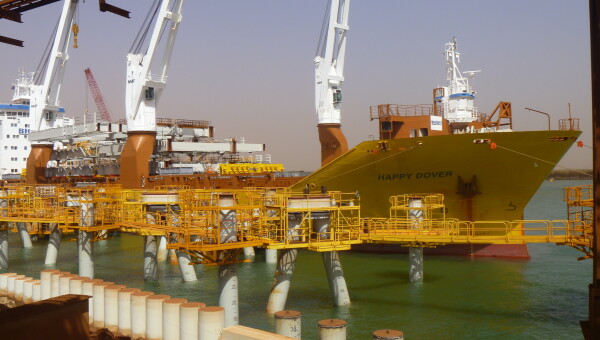 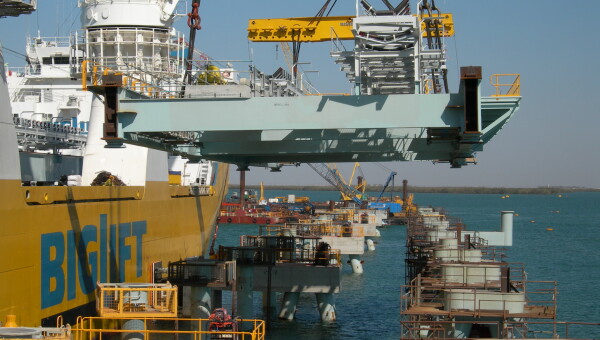 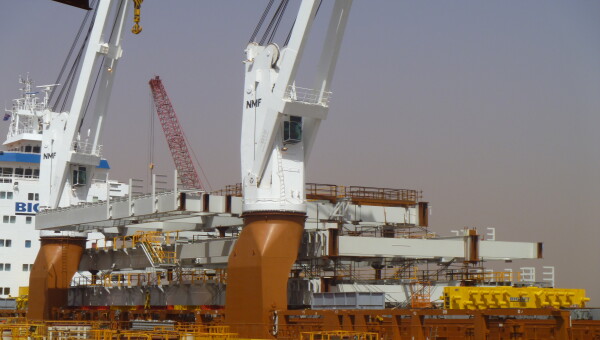