McConnell Dowell was awarded a construction contract for the Breakwater Road Redevelopment project, in Geelong. The realignment of the road was undertaken to ensure improved and safer transport links, in what is one of Victoria’s fastest growing areas and a primary growth corridor for future urban development in Greater Geelong.

Breakwater Road is an essential crossing of the Barwon River, carrying around 20,000 vehicles each day. The existing bridge was in a flood plain and when it rained heavily it was closed down, forcing traffic through the centre of Geelong and causing delays for drivers. There was also a height restriction with the exiting intersection which meant trucks bigger than 3.7 metres couldn't fit under the Melbourne-Warrnambool rail bridge.

Despite it being a construct only contract, McConnell Dowell recognised the geotechical challenges the flood prone area would present. So the company undertook a full cost-benefit analysis of all potential ground improvement options during the tender, to mitigate potential risks and find possible cost savings.

Based on this analysis McConnell Dowell offered an alternative solution based on CMC (Controlled Modulus Columns), the original tender design was for CSM (Cutter Soil Mixture). This provided the most effective solution for the given conditions.

Completed on time and within budget, the new bridge was built 12 metres higher than the existing bridge, meaning Breakwater Road will now be able to withstand a one in 20 year flood as well as allow for bigger trucks, reducing the number of trucks going through Geelong. 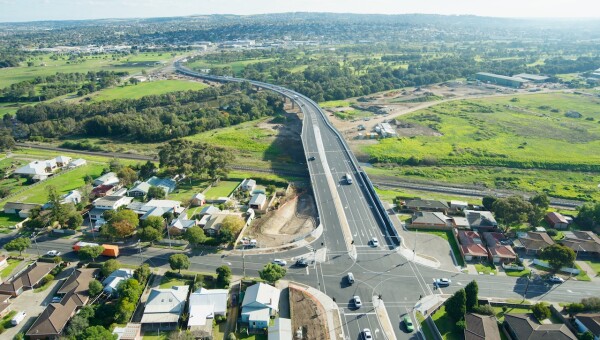 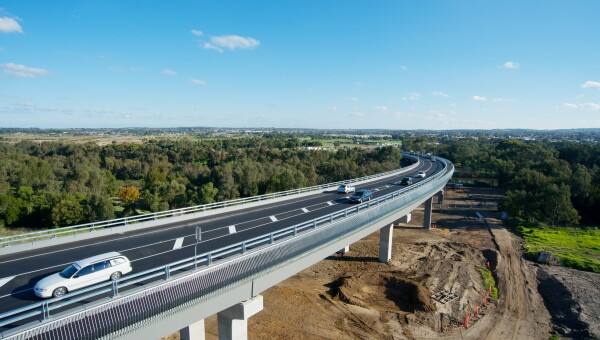 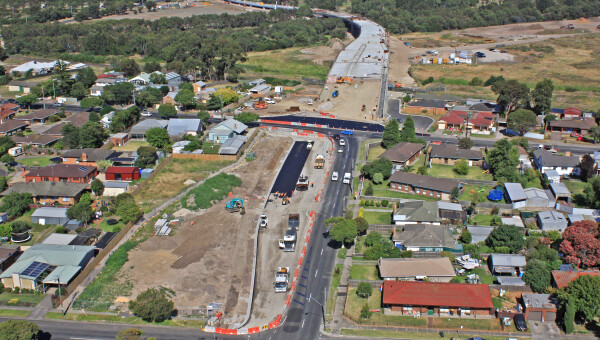