SN Aboitiz Power-Benguet (SNAP) awarded McConnell Dowell the contract to rehabilitate the Ambuklao and Binga hydro electric powerplants. Ambuklao was first commissioned in 1956, while the downstream Binga plant was commissioned in 1960. Both were shutdown in 1999 due to damage from an earlier earthquake.

To bring these power generating facilities back to life, McConnell Dowell's scope entailed the successful rehabilitation and construction of six individual tunnels, two intake structures and a 150m drop shaft.  The isolated location of the project posed logistical challenges, with the mountainous terrain restricting accessibility and communication. Along with volcanic activity, the region endures months of rainfall saturation during the wet season, promoting land subsidence and triggering landslides that block road access to the site.

The projects main construction site was located near the village of Ambuklao, in the Philippines. Between steep valley walls of dense vegetative terrain, McConnell Dowell established sites on the flats of the floodplain banks, where the natural waterway flowed prior to construction of the Ambuklao dam wall. Following laboratory testing and compliance, aggregates were sourced and screened from the local riverbank.

A workforce of local personnel was upskilled and expatriates were integrated into the team. McConnell Dowell provided international standard workforce training to ensure the implementation of high safety standards and quality workmanship procedures.

All tunnels were excavated by drill and blast methods using a computerised twin boom AMC jumbo, scoop tram and OT loader to muck. The higher pressure conveyance structures are steel penstocks and all other waterways are concrete lined. New bulkheads were installed to maintain the spillway gates and surge tanks, and silt control measures were implemented. Three new turbines with an additional 10 MW each increased the plant’s power generation from 75 MW to 105 MW. The construction works at Ambuklao included the decommissioning of a deteriorated section of the existing headrace tunnel. The access tunnel and working chamber were excavated through the rock and stabilised 10 m above the headrace tunnel. Initially, the concept was to plug the headrace tunnel by drilling from the chamber above and tremie-pouring a plug through multiple blow out preventer caissons during live flowing conditions. This was a challenging and complex proposal that inspired technical innovation and specialist workshops.

During the operation, the region was exposed to Cyclone Pepeng, which had devastating effect on the local village, people and project. Wide-scale flooding caused erosion and silt infiltration into the hydro scheme, chocking the ball valves and providing a window of opportunity to permanently seal the system. A new headrace tunnel was excavated which bypassed the redundant section of tunnel and reconnected into the new penstocks to complete the new system.

Binga Hydro Power Plant is the project’s second worksite located approximately 10 km downstream of Ambuklao. The Binga plant was upgraded from 100 MW to 120 MW of power generation to achieve an average annual production of 420 GWh. Dam rehabilitation works were carried out on the spillway and new instrumentation was installed.

Overcoming a constant high pressure environment that posed the risk of water outburst during the chamber and plug operations was a complex and ongoing challenge. Pre-excavation grouting techniques were implemented to stabilise and consolidate the rock surrounding the tunnel excavations, particularly in the zone directly above the existing headrace tunnel under 15 bar pressure. Additional grouting mitigation operations were undertaken to improve the permeability around and below the plug chamber.

Design and engineering workshops were tailored to address and reduce the risks associated with penetrating and pouring into a tunnel containing flowing water under 130 m of head. The team successfully met the challenge of managing the work under these fixed parameters.

The project was a brownfield development with limited pre-existing drawings to assist the planning and design. We worked with project designer Norconsult to develop the concept into a detailed design, and built the project in compliance with American Standards.

Jet flushing and dewatering methods were developed to disturb and extract the silt in the existing headrace tunnel prior to the plug tremie pour. The plug planning phase included the development of a concrete mix. Practical trials of this mix demonstrated that the combination of constituents would perform as designed for the underwater conditions against high volume water flow. The aggregates used in the mix were sourced at the local riverbed, and then washed and screened to meet specific requirements for use across the projects concrete works.

Binga remained operational during the upgrade of its power plant. The breakthrough to connect the new tunnel into the existing infrastructure was undertaken during its shutdown and was completed efficiently in less than one month.

Working on two existing brownfield sites, both intake structures were excavated to great depths on the hillsides of the dam. Ground stabilisation and site utilisation were critical to the success of building these structures.

A series of senior-level intensive workshops were undertaken, where value for money, design, risk, OHS and quality outcomes were reviewed.

The hydro system was handed over in June 2011 following its successful rehabilitation, and will continue to generate 755 GWh of emissionfree renewable electricity each year, abating an estimated 555,000 tonne of CO2 from displaced thermal generation. 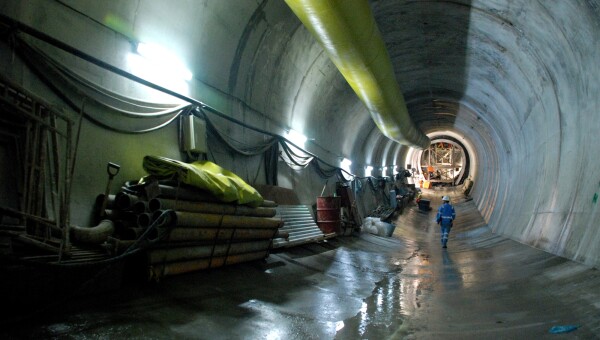 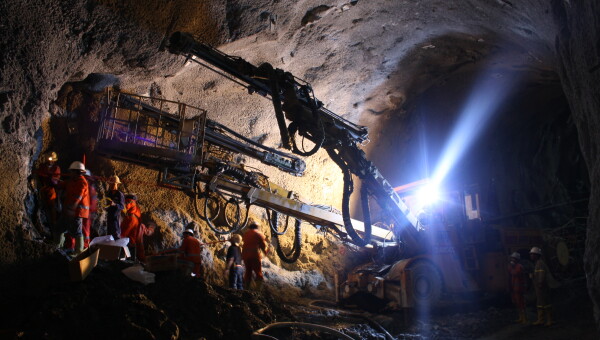 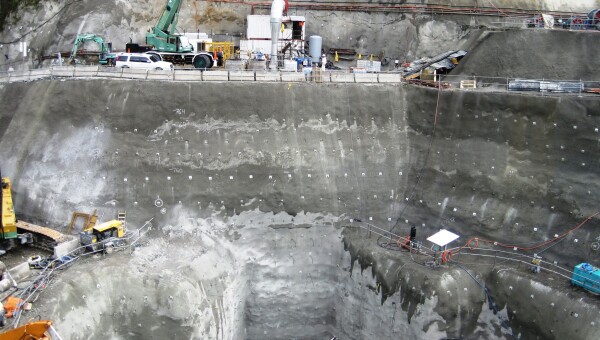 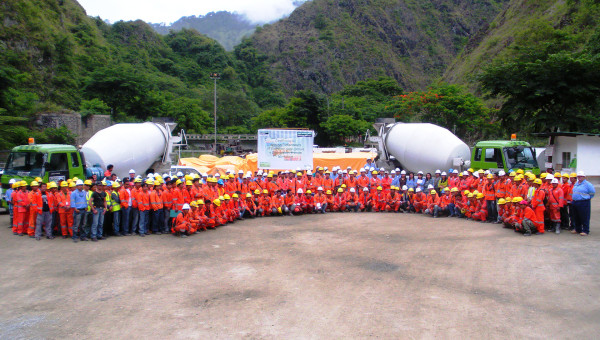